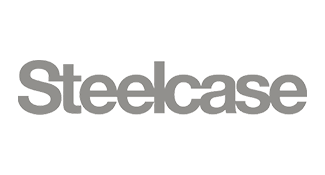 Steelcase, headquartered in Grand Rapids, Michigan is a world class manufacturer of furniture products and services for workplaces. Crux Move had worked with Steelcase for nearly 10 years, almost exclusively providing workshops for their Corporate University and team building programs for their manufacturing plants. When we were contacted by Roseann Masotti, at that time she was Director of Human Resources for the company’s North American Operations, we were excited about being able to contribute to the company in a new way.

When I first contacted Michael from Crux Move, I wasn’t sure what to expect. I was working as the Director of Human Resources for our North American Operations team. I had a group of 14 direct reports who were scattered across the US from New York to San Diego. We all “got along” but I would not describe us as a high performance team. I have to admit, we had our issues. They were around the standard things; trust, collaboration, and embracing or driving change (a.k.a. Innovation or Continuous Improvement). HR isn’t supposed to have issues – but we did. I debated about budget with my boss– was it worth the investment in HR? After all, we don’t make anything or sell anything. We support the people that do. How much return on investment would we get?

After the debate subsided I began my first meetings with Michael and the Crux team. I loved the approach from the very beginning. They were humble and supportive, but not afraid to get right to the issues. They did their homework in preparation for the session by talking to each person on my team – and me. They gave me some homework to further prepare myself and then we set off for three days together.

I won’t describe the workshop in detail, but suffice it to say it changed me as a person. Not only did it increase all the elements necessary for a good culture with my team; they also helped me grow as a leader and as a person. As a leader, I felt both “exposed” and “protected” at the same time. That’s an art form that I have not seen repeated by others. I have applied what I learned in that workshop to every leadership opportunity I have had since that day.

That workshop took place over 10 years ago. And since then my career and life have taken many twists and turns. My relationship with Michael has actually grown and blossomed over those years. His career also had a series of twists and turns. We both got older and wiser. I continue to read his email inspirations, have lunch or talk on the phone, and generally stay in touch. He continues to be humble and supportive but always inspires me to think. Like the year I was in the throw of major issues working as a plant manager, he reminded me that leader behaviors like intimidation and threats may work in the short term but never in the long term – they destroy trust and do so for a very long time.

If you are looking for a life-long partner in leader and team development, Crux Move is the team to partner with. They are smart and well-read consultants, but they will also connect with you as a person and be invested and interested in you for the long run. I would recommend them to anyone.